It was a pretty uneventful session for day traders. But by the end of the day stocks were higher, making it 5 consecutive up days in a row and the longest rally of the year for the S&P.

The S&P finished 7 points higher on the session and the DOW was up 41 points.

As we get into earnings season, pre-market and post-market earnings reports will have a big impact on stocks.

AT&T Inc. (T) is a DOW 30 component that is set to release earnings after the bell on Tuesday of this week. AT&T gave us a Power Crossover Method buy signal on March 18th and has moved higher ever since. Conservative traders saw an ADR target of $33.98 hit 3 days after an entry.

Aggressive traders still in a position might want to consider closing 1/2 of the position before earnings. With AT&T stock up almost 10% since the Power Crossover Long Signal, earnings could send the stock in either direction. 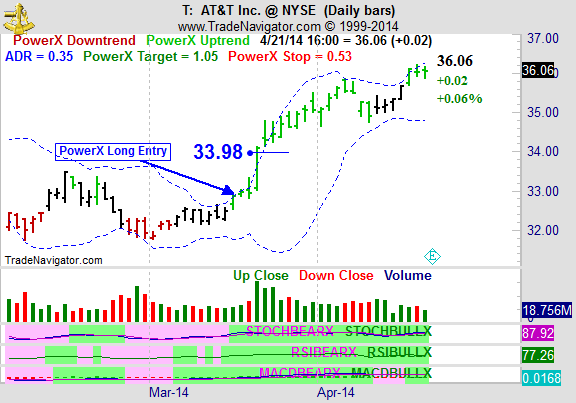 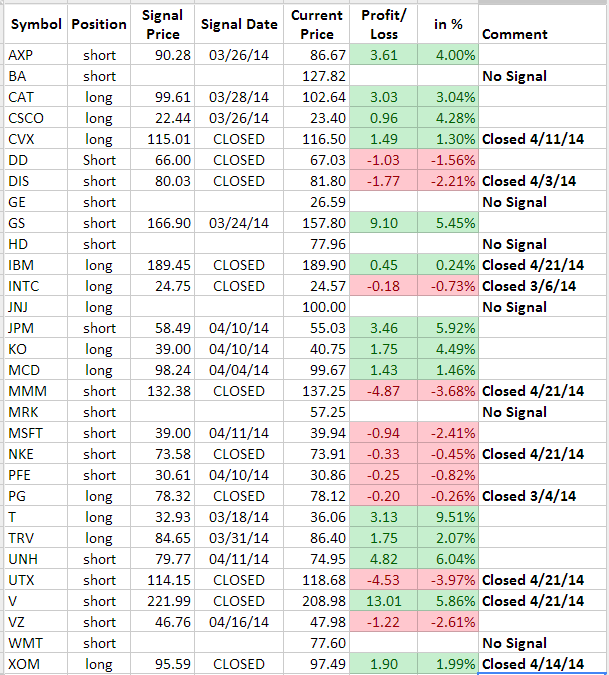