Backed by yesterday’s impressive earnings release all eyes were on Apple (AAPL) today. After a wild trading session AAPL ended the day up +8.2%. The strong move in AAPL was one of the main reasons the S&P ended the day 3.25 points higher. Meanwhile the DOW, an index that doesn’t include AAPL, remained unchanged.

E-Mini S&P traders saw an early morning dip and nice Simple Strategy signal. The move was attributed to reports of Russian military exercises on the Ukrainian border. After the morning sell-off, the index worked its way back into positive territory for the day.

Earnings remain upbeat and a majority of the S&P companies have beaten analyst expectations. According to Bloomberg, 204 companies from the S&P 500 have reported and 76% have exceeded analyst profit estimates.

Caterpillar (CAT) is one of the recent DOW 30 companies to join the earnings party. With better than expected earnings and improved yearly outlook, CAT rallied and ended the day up +1.84%. A Power Crossover Method Buy Signal was identified on 3/28/14. 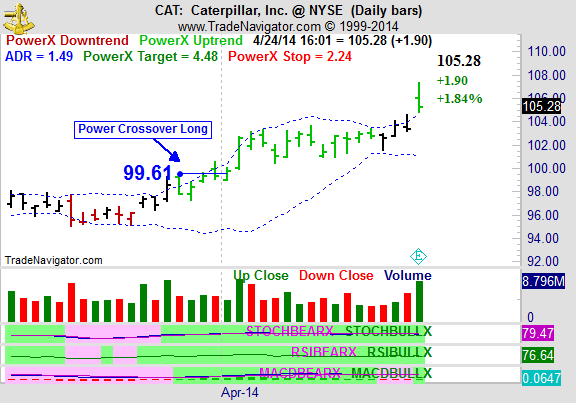 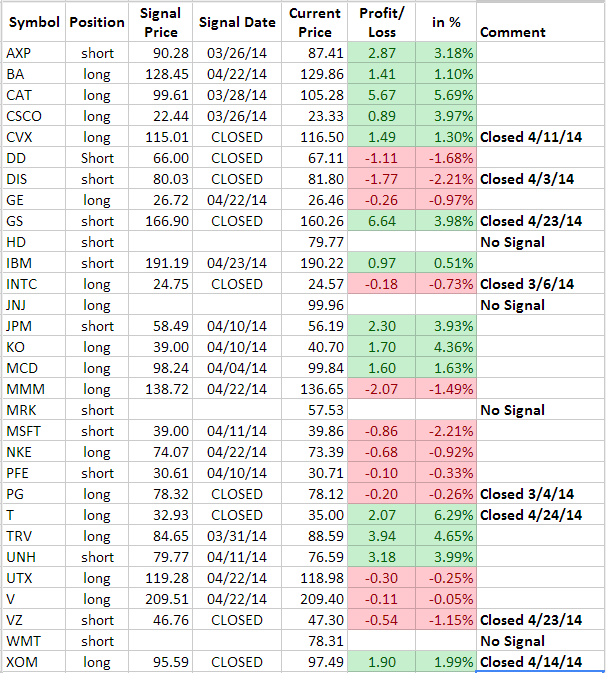