Stocks opened lower and remained in negative territory for the remainder of the session. At the end of the day the S&P was 17 points lower and the DOW had triple digit losses, down -130 points.

You can’t blame earnings…U.S. markets were lower in spite of earnings that continue to beat analyst expectations. According to Bloomberg, 400 of the S&P 500 stocks have reported earnings.

Of the 400 companies that have reported, 75% have beaten estimates and 52% have exceeded revenue projections.

Twitter (TWTR) was a big mover today, down -17.81%! The decline in the stock was attributed to the end of the lock-up period, a period when company insiders are unable to sell TWTR stock. With the lock-up period over, the amount of stock available for trading has essentially quadrupled.

With today’s move lower TWTR has lost 50% of its value this year. 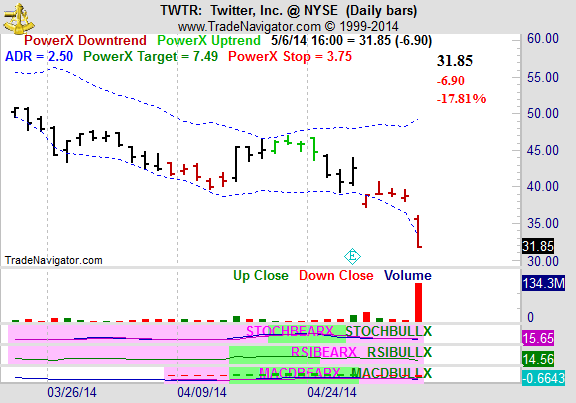 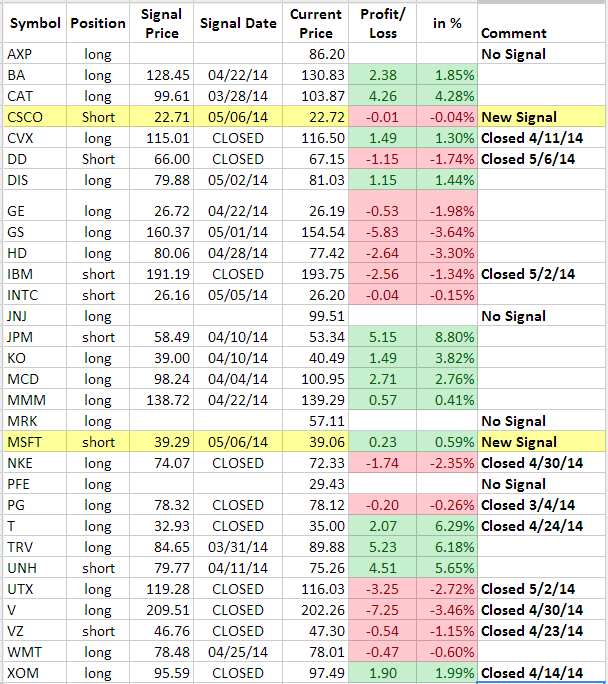