Markets rallied despite the chaos in Ukraine. Over the weekend, pro-Russian rebels voted in favor of self-rule in Ukraine’s eastern regions. Western governments declared this referendum as illegal, and the European Union announced that it will increase sanctions to step up the pressure on Russia.

But none of this affected the markets today.

Even the Nasdaq, which has been under pressure recently, closed 72 points (1.8%) higher.

With stocks rallying today, the VIX or “Fear Index” is testing lows of the year. Today’s 12.23 close is at a level that we haven’t seen since January. Some traders would say that “when the VIX is low it’s time to go”, since a volatility spike and sell-off could be lurking around the corner…in the meantime we’ll keep our eyes open and enjoy some of our Power Crossover long signals that have been working nicely. 😉 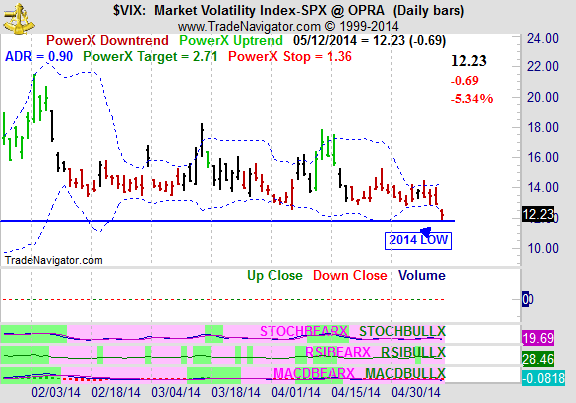 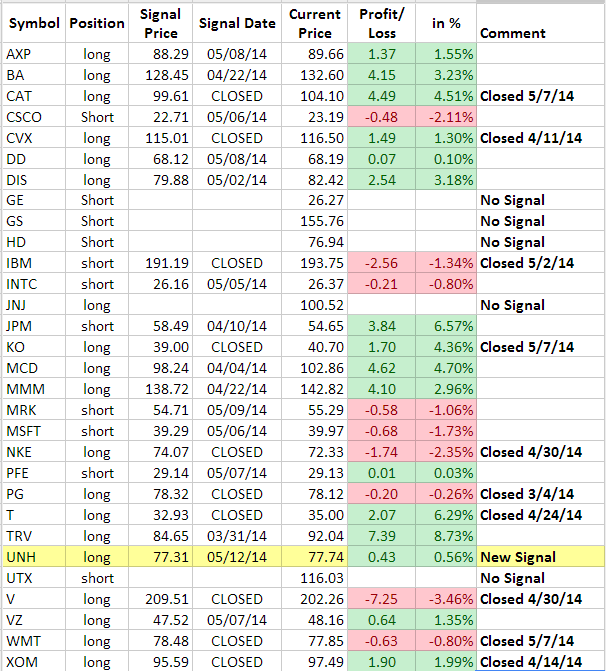