Stocks started the week on a positive note with all major indices ending the day higher.

The S&P opened the day in negative territory, but a slow and steady rally lifted the S&P, eventually ending the day near session highs.

At the end of the session the S&P was up 8 points and the DOW was 21 points higher.

After testing lows of the year, Netflix (NFLX) made a push higher that produced a Power Crossover Method Buy Signal on 5/14/14. 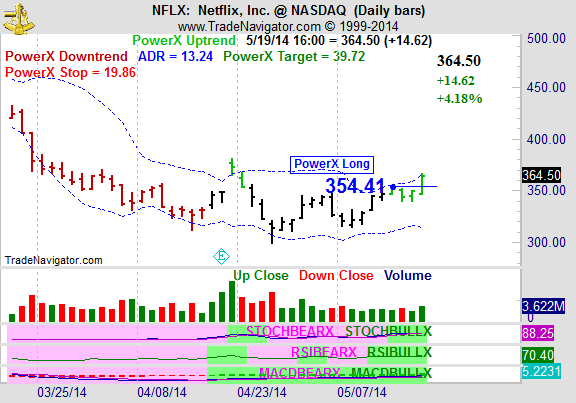 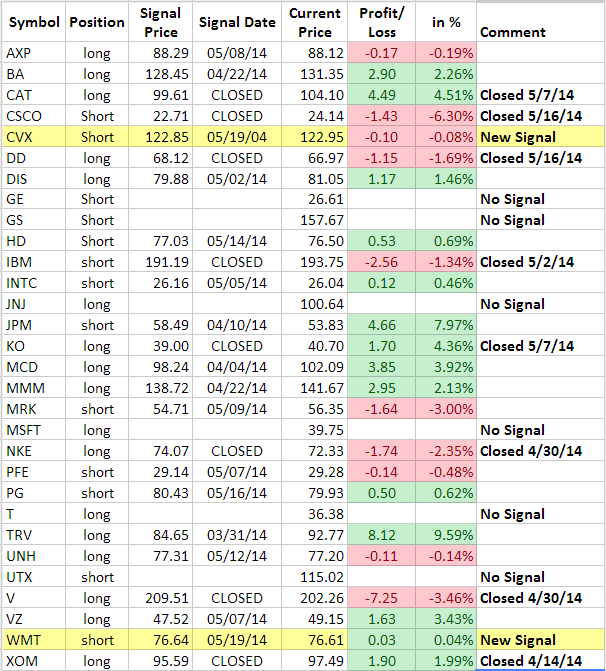