You don’t see this everyday…

It was an unusual trading session today.  Traders waited for today’s ISM Manufacturing Index report at 10am ET and stocks initially sold off after a worse than expected number.

But the Institute for Supply Management had to revise its number TWICE during the trading day, saying that the they had applied “the wrong seasonal adjustment” to its data. The final number was better than expected and stocks ended the day slightly higher. 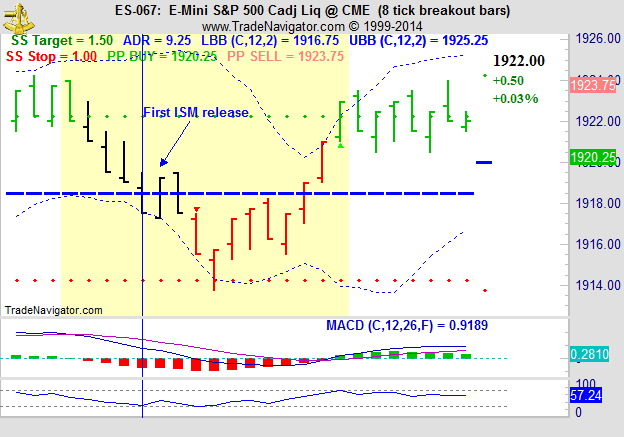 Broadcom Corporation (BRCM) made headlines today with a +9.32% jump in the stock. The move was attributed to an announcement that the company would be exploring its cellular baseband business.

Traders watching the stock with the Power Crossover Method had an opportunity to buy this stock on 5/23/14 with a PowerX Buy Signal. 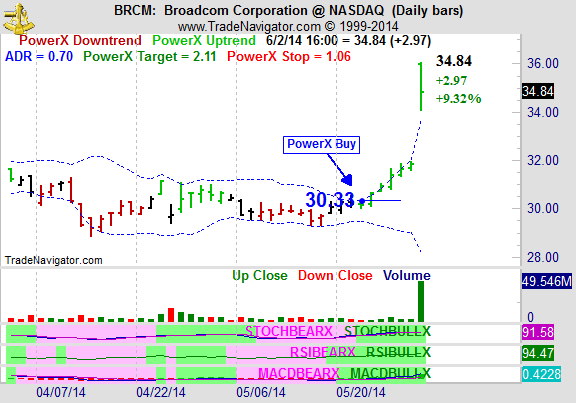 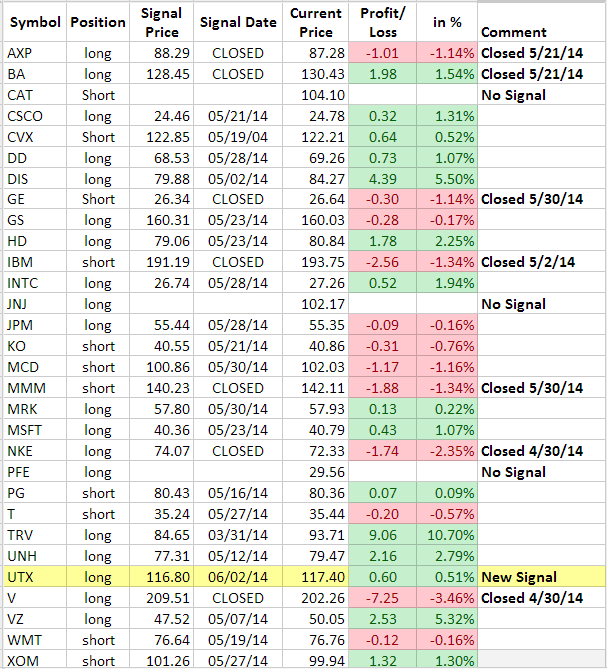