Today stocks ended the session mixed. The S&P made a late session push to end the day at its session high, just shy of a new all-time record close. The S&P finished the day down just a 1/2 a point.

It was a lackluster day for the DOW as well. BUT the late session push was just enough for the index to end the day with a new all-time high close. With today’s 3 point gain, the DOW extends its win streak to 5 consecutive trading sessions.

Volume and volatility are at the lowest levels of the year, which is typical for summer. But with stocks at all-time highs it’s hard not wonder if this could be the final push before a market retracement. For now, the best advice is to trade what you SEE not what you THINK.

Facebook (FB) had a nice rally, ending the day+4.60% higher. The move was attributed to news that PayPal President David Marcus will be leaving Paypal to join FB. 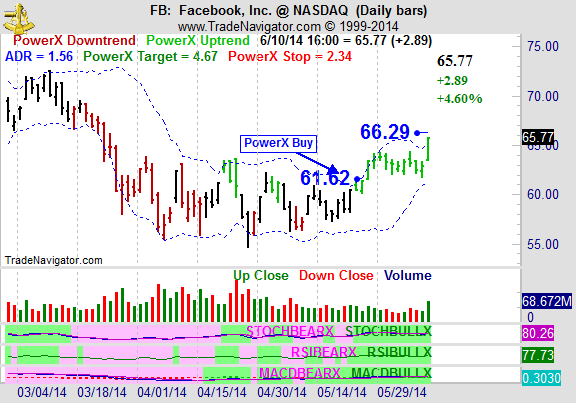