Stocks were lower again as concerns over violence in Iraq took center stage.

The S&P ended the session down 14 points and the DOW had its second consecutive triple digit down day, down 110 points. The recent 2 day slide is the biggest losing streak in the last two months.

Facebook (FB) was up just enough for Power Crossover Method traders take take profits at the $66.29 ADR Profit Target before retreating and ending the day down -2.25%. 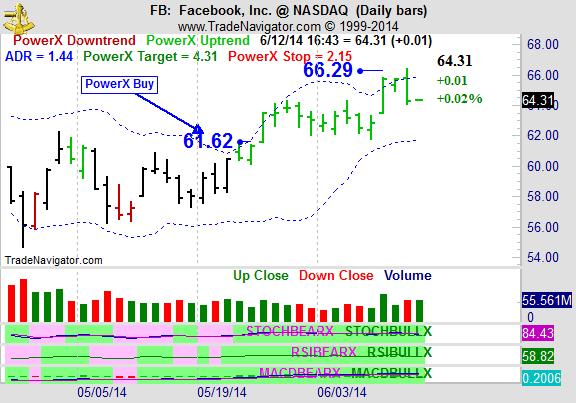 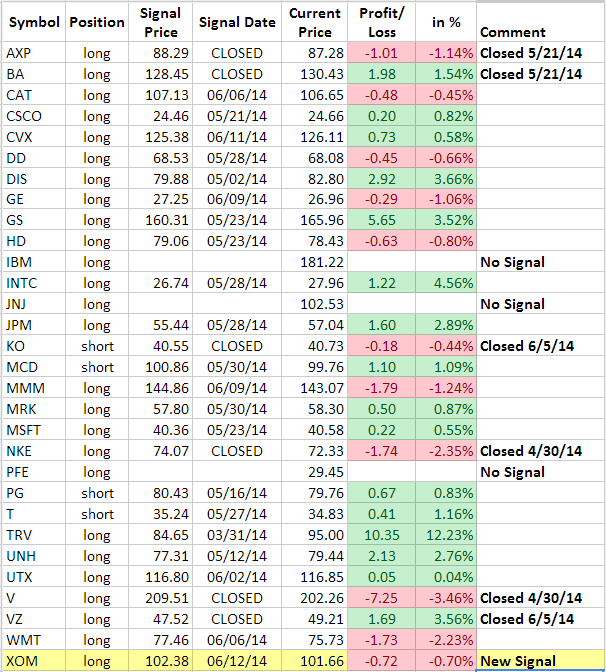