All eyes on the Fed this week

It might have been Friday the 13th, but the bulls weren’t scared. The S&P was up 6 points on Friday while the DOW ended the session 42 points higher.

The biggest thing on investors’ minds lately are interest rates. So all eyes will be on the FOMC meeting on Tuesday and Wednesday this week. Most investors expect rates to rise in 2015. An increase before that could rattle markets and send them sharply lower. But waiting too long to raise rates could cause bubbles.

It’s a tough call. Let’s see what happens this week.

We talked about the Market Vectors Gold Miners ETF (GDX) in Session 51 of our Rockwell Trading Club. On Friday we had a  Power Crossover Method Buy Signal with a push through $24.05.

Often times GDX shows a trend early, before Gold (GC) gives a confirmed signal. With only 2 of 3 indicators bullish in GC we’ll see if the rally in GDX is a prelude to a strong uptrend in Gold once again. 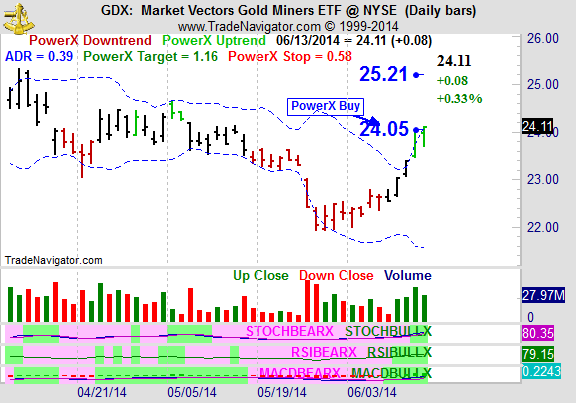 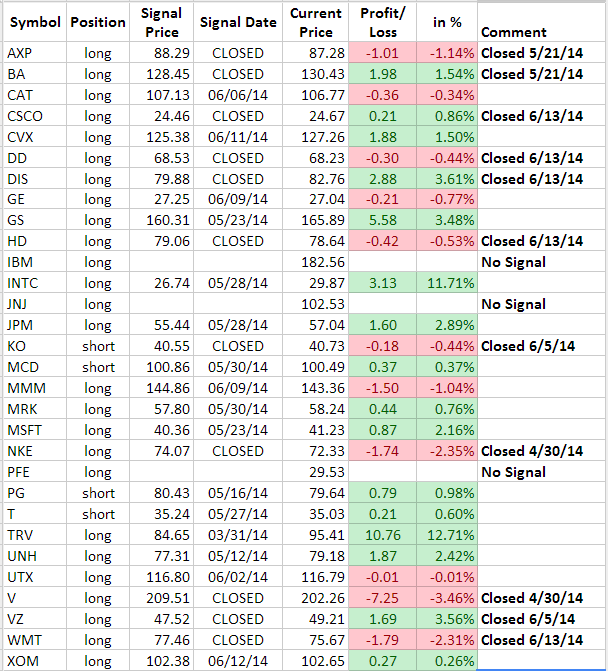