Google & Facebook crash 6%, dragging the NASDAQ into “correction” territory – Here’s what you need to know… 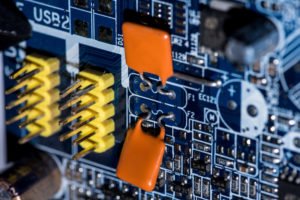 Tech stocks were down big today, after news that the government is looking into anti-competitive behavior in big tech names like Facebook, Amazon, Google, and Apple.

Stocks opened the day lower and went on a roller coaster ride. During the day, the E-Mini S&P experienced 9 swings of 0.5% or more!

The final swing was a bounce off of session lows after St. Louis Fed President Bullard said that a rate cut may soon be considered to boost inflation, especially if we see slower economic growth because of trade.

But the reaction to a possible rate cut just put a small dent in today’s NASDAQ drop.

With today’s drop, the NASDAQ entered correction territory (dropping 10% from its high in April).

Will stocks continue to slide? It’s not easy to say. It’s important to trade what you see, not what you think!

But here’s an interesting stat…

Beyond Meat (BYND) finally joined the rest of the market with a loss.

This week the ongoing trade war will continue to be in the trader spotlight next week. We’ll also get the Jobs Report on Friday.