Whoops! S&P makes record highs, then retreats ahead of the Fed 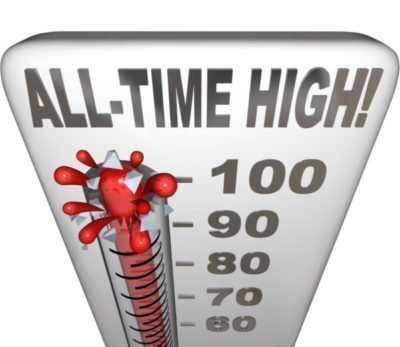 This morning October Consumer Confidence was released. And the report showed that consumer confidence fell to a 4-month low.

But the news didn’t seem to worry traders. Stocks rallied after the report. And at 10:50am ET, the S&P was trading at record highs.

The major indices rallied again during lunch. However, stocks were trading back near session lows by the end of the session.

With today’s drop, the major indices finished the session with a small loss. But it was the NASDAQ leading the way lower with a 0.6% loss.

But Alphabet (GOOG) reported worse than expected results and ended the day with a 2.1% loss.

GrubHub (GRUB) was a loser as well. The stock lost 43.3% after reporting worse than expected earnings.

Beyond Meat (BYND) was slammed as well. The stock reported better than expected earnings but lost 22.2% with the IPO lockup period (the period shareholders can’t sell the stock of a pre-IPO holding) ending.

Now all eyes turn to the Fed.

Tomorrow the Fed will release their Fed Statement at 2:00pm ET and will have a Press Conference at 2:30pm ET.

The Fed is expected to cut rates by a quarter-point (Fed Funds futures show a 97.3% chance of a cut). This would be the 3rd cut this year. But the real focus will be on wording, and what the Fed might have planned for the future.