The S&P was slightly lower Friday, on lower than normal trading volume. But it wasn’t enough to put a blemish on the week. Both the S&P and DOW ended the week approximately 1% higher.

The S&P was up 17.75 points while the DOW added 151 points. The 151 point weekly gain in the DOW was a new weekly all-time high close for the index.

So what’s in store for this week?

Federal Reserve chief Janet Yellen will head to Capitol Hill on Wednesday to answer questions about the health of America’s economy.

With earnings season winding down and only a few other economic reports on the horizon, Yellen’s testimony could move the markets.

With a long signal at $208.17, TSLA has produced some great signals and trends during the year.

With earnings being released next week on 5/7/14, this signal isn’t for the faint of heart. 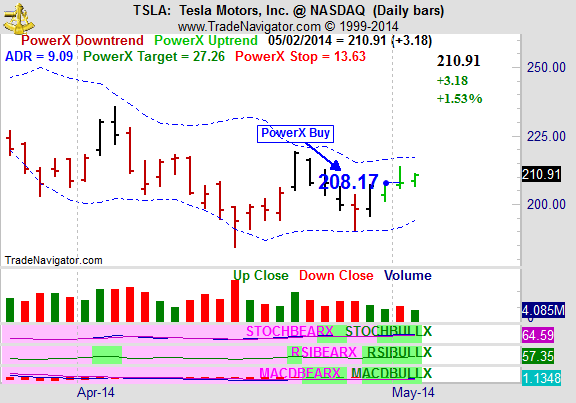 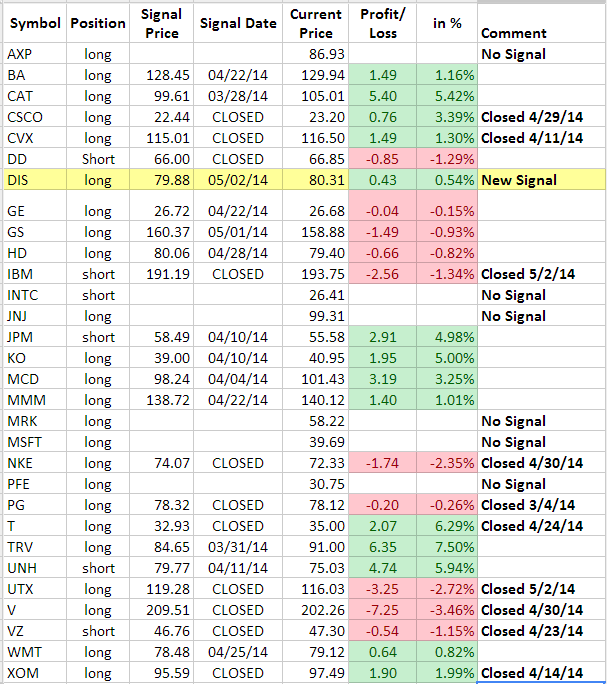