With the Fed willing to support the economy, and 76% of the companies in the S&P 500 beating earnings expectations, you’d think the markets would be celebrating. But this wasn’t necessarily the case this past week.

In spite of positive fundamental information, the S&P, NASDAQ and RUSSELL all ended the week in negative territory.

The DOW now joins the S&P in positive territory for the year.

As a rule of thumb, NEVER try to catch a falling knife. After a Power Crossover Method sell signal on 2/18/14, a chart of Groupon (GRPN) shows why.

This past week GRPN made headlines and continued its march lower, losing more than 20% after earnings. But has GRPN found a bottom? It’s too early to tell, but if we see Power Crossover Method indicators turn bullish in the next few weeks, GRPN could be a stock to keep an eye on. 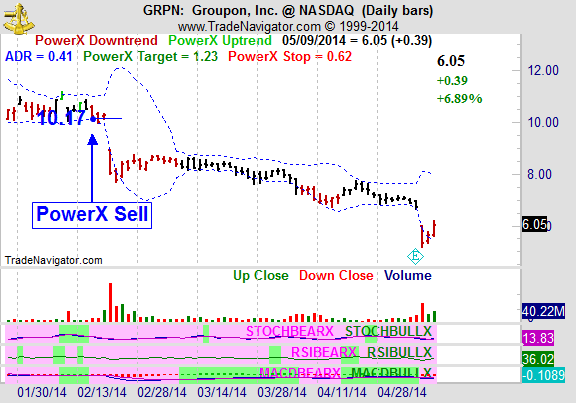 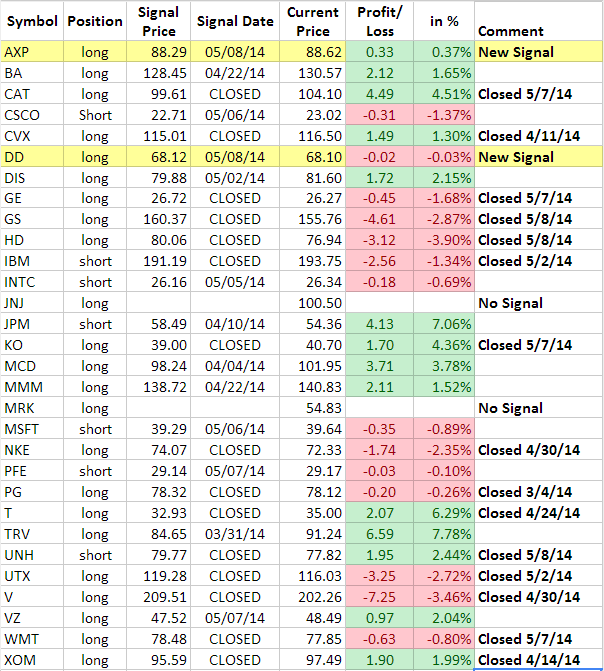